What the Igbos want in Nigeria (2) 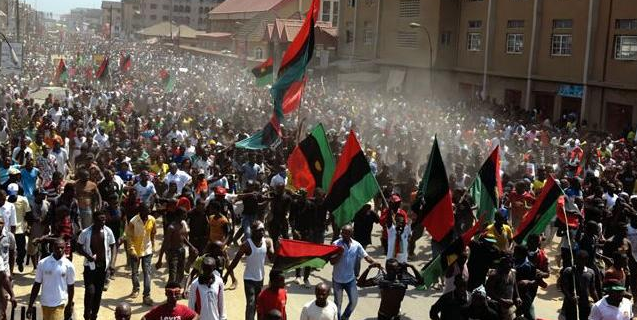 WRITING about the needs of the Igbos or Igbo aspirations, whether in terms of what would make the Igbos happy (or unhappy), is not a difficult thing in any manner. For practically all the issues are already in the public domain, and repeated one way or the other almost every day. What, perhaps, the Nigerian or international community needs to know are the essential details of these issues, whose appreciation ought to assist their resolution to a reasonable level of satisfaction.

The Igbos being a major, albeit presently sidelined stakeholder in the Nigeria project, a proper and just resolution of the Igbo question can help the country achieve the desired peace, unity and progress, and advance beyond the almost anomic conditions of state-centrism, into an actual process of modern nation-statehood.

Of course, every Igboman knows that they have a big problem in the country, especially after the Nigeria-Biafra war, but they differ in the solutions proposed, and this is why some Nigerians seem also confused. The major Igbo positions are as follows:

First in the list of solutions are the Igbo Biafrans. This group is made up essentially of Igbo youths born during and after the civil war. Both the educated and uneducated, the rich and poor in this group want (and need) Biafra and, they want it now. Biafra will enable them organise a hardworking and meritocratic modern society of their dreams, the very type of society that Nigerian rulers are not interested in, and have actually been fighting against since 1966.

One of the reasons that many mockingly ask to know what the Igbos want or why there is anger in Igboland, is likely to be that they do not believe or understand the special circumstances of this group, and instead accept what they hear from all sorts of Igbo elite as the real “demand” of the Igbos, the most notable being the six zonal restructuring that has little or nothing to do with the well-being of the Igbo new generation.

Angered generation: Thus, the quest for Biafra, while almost universally legitimate to the Igbo mind, the post-war generation entertains no other alternative, and has no desire to wait till eternity for Nigeria to become a civilised and just society treating everyone equally. This generation is angered when they hear or read stories of the military revenge, pogroms, genocide, the post-war ethnic cleansings, and financial, economic, political and security atrocities committed in Igboland and against their parents by people called Nigerians. Some of their parents were killed, siblings died of bombs and starvation, and they themselves were denied schools admissions, jobs, promotions and contracts because they were Igbos. Many nevertheless managed to be educated but unemployed; some have been led into crimes, serving other tribes as sex-slaves and house helps, and a number are in foreign jails, executed in Asia, drowning in the Mediterranean Sea, risking their lives selling petty goods on dangerous streets and highways, in desperation joining cultic, kidnap and robbery gangs – and all other lazy things despised in Igbo traditions. They have tried, tested and tasted the country, and find no hope in a truly changed Nigeria.

They have also watched to find any remorse from those perpetrators still parading as patriotic Nigerians and heroes, or a prosecution for the war and other crimes that consumed almost four million Igbos and other Easterners, but found none, except threats, triumphalism, and boasts of yet more to come, and justifications of the ones already committed. By whatever means, preferably peaceful, this group believes in the Biafra to come.

The young men and women are being slaughtered by groups of the Nigerian armed and security forces, some buried alive, others jailed unlawfully or missing, even though they carry no weapons, destroy nothing except what are faked in their name, and are operating strictly constitutionally.

Like between 1966 and 1970 – please, see Max Siollun’s (2009) Oil, politics and violence – these enemies of progress and civilisation, armed for all the wrong reasons, compete among each other over who would kill more Igbos – all, in the full view of Nigerians. To be continued By Obasi Igwe

Like Loading...
‹ Igbo can only be president of Biafra — Professor Nwoye of Hebrew History and Etymology Department of Corner Stone University, Jerusalem.
Conceding power to Igbo is insulting, we are qualified to govern Nigeria – Prof. ABC Nwosu ›