Home › Igbo news › What is wrong with Igbos?

What is wrong with Igbos? 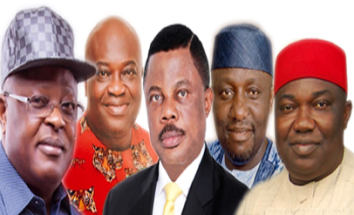 For Ndi-Igbo, let me not get you alarmed with the statistics!

FACT IS, The establishments Ndi-Igbo have and properties acquired in the North, South West, South South and the Middle-Belt are just UNCOUNTABLE. By estimation, it runs into billions of dollars!

Now what is this picture telling us?

The picture is simply saying that non-Igbos understand the Nigerian contraption better than Igbos. Non-Igbos know that, so long as NIGERIA is the question, if it is NOT your own, it can NEVER be your own; NO PRETENCE ABOUT IT! They know that one day, the “ONE NIGERIA” charade will be buried and the truth exhumed.

Sadly, Igbos may have made the mistakes of developing other places while theirs remain abandoned, and now they find it difficult to “THINK HOME” because there are countless Igbo investments & properties in other places.

Truth is the inevitability of “THINK HOME” awareness cannot be forgotten or slowed down. It is the only remedy because Ndi-Igbo have done so much in developing the North, South West and other places but what do they get in return? Threats, derision, ‘despisement’, name-calling of all sorts and constant reminder that ITS NOT THEIR HOME and anything is possible, which may result to Igbos losing all they laboured for and built all these decades outside Igboland.

With the current socio-political & ethno-religious happenings, it is evident Ndi-Igbo must start now to apply real wisdom in whatever plans or dealings they have in Nigeria.

May I also use this medium in urging South-East Governors & other political leaders to help this cause for today and for posterity.

If its only N1, go HOME as Igbo and invest it; Even if it is a hut you wish to build, go HOME and build it! Ignore the lies of Igbo traducers. Igbo land is very viable and individual success stories coming off the South East are there as proof.

Nke gi bu nke gi; Nke ha bu nke ha… It is NOT tribalism, It is the Nigerian realism that I, Tony Kanu, have proper knowledge of.

“A word is enough for the IGBO”.

Like Loading...
‹ It is time for Igbos to take charge of their destiny.
OMG! What did she just say to him… ›